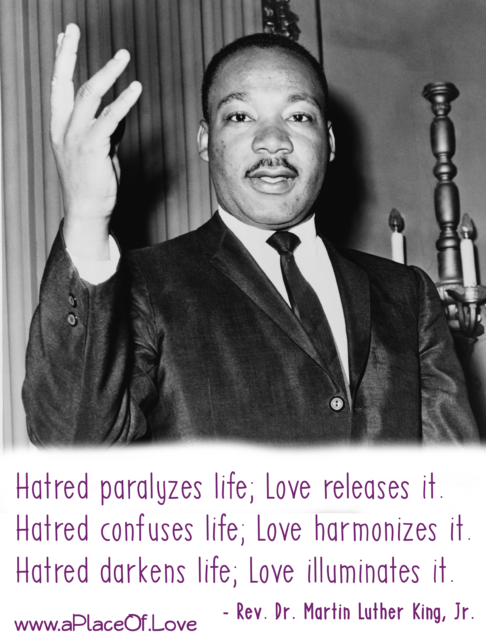 We need to judge actions, not people. We need to see that every child of God has moments of behavior that does not define who they are. We can continue to be Loving  of the person while saying that what they do is wrong. This is, however, not the same as “love the sinner, hate the sin.” This is, instead, a way of approaching from a Place of Love  to stop actions we find objectionable due to the effect on others without demonizing the person. We have just had MLK day to remind us of the man who embodied this approach to love.

Rather than a generic label for Trump, Americans require blunt, uncompromising language to describe what he does. He lies. He violates (as of noon Friday) the Constitution. He enables an adversary of America. His crude insults disgrace the office to which he has been elected. He defiles the presidency when he tells us that a black  lawmaker’s district is “falling apart” and “crime infested,” as if African Americans represent only dystopian wastelands.

Now we can talk about changing behavior without getting into demeaning a fellow human being. We try to understand  what motivates a person without dismissing their inherent dignity. We can stand up for others without putting down anyone.