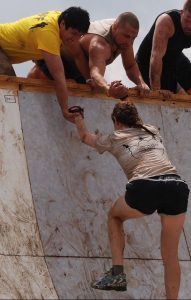 During the next four years, something will happen that will make Donald Trump look as though he let down the American people. It happened to President Obama, such as Benghazi, the IRS Tea Party investigations, and the NSA surveillance revelations. There have also been senior administration officials who misbehaved in office. Such incidents occur in every administration, and there are  supporters of Trump who fear they will be let down. Obama and his supporters were let down (and put down) when intentions were not fulfilled.

When Donald Trump’s administration hits similar bumps in the road, we must have compassion for him and his supporters. We do not gain anything worthwhile by rubbing salt into anyone’s wounds, even if self-inflicted. Attacking people for mistakes or missteps makes it harder to have the needed trust to work together on anything.

We need to work together, on addressing climate change, on making healthcare more affordable and accessible, and making the world a safer place. While priorities may differ, we all care about these and many other issues, and we must cooperate to find solutions.

Just being arrogant “I told you so” jerks wins us nothing, and making a political mountain out of every molehill incident will not bring us together. Let’s stick to the important issues.

There are places where we need to speak out, against policies that hurt Americans, especially vulnerable Americans. There are certain actions and words that we do need to oppose or even condemn. But we need to do it from a Place of Love.